After a loved one dies, how long is too long to grieve? 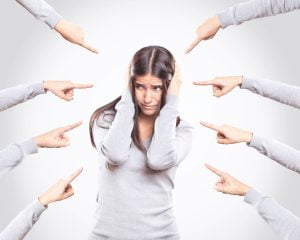 Where words are concerned, I’m not sure which 5-letter word weighs more: grief or guilt. I have felt the back-breaking pressure of each of these words in turn, and when my mother died, I struggled to break through both.

My sister and I are very close. We have always shared a strong, unique bond. When my mother passed away, it wasn’t totally unexpected, but it did shatter both of our sensibilities for a while. We found comfort in each other’s grief as we mourned our sweet mother. Holidays came and went with a very different energy than the year before. We bore that heavy grief together, two oxen to the cart of suffering that mantled us. But something strange happened.

Over time, I began to feel better. I thought of my mother often, but found myself focusing on the positive memories we had made together. My purpose became making positive memories with my own children, as my mother had done. I saw hope everywhere, and became grateful for my life in a way that was unfamiliar to me. My sister, with whom I shared everything, did not emerge from grief at the same time.

When I no longer actively mourned our mother, my sister’s grief multiplied. She felt more alone, more depressed, and could see no way out. As I watched my sister grieve so passionately, I was overwhelmed with a feeling of guilt and embarrassment. Was I not giving our mother the respect she deserved? Was I moving on too fast? Was I ignoring the pain, pushing it down? Or, worse, had I somehow passed my grief off to my sister?

My Advice Regarding Guilt

Guilt is insidious, it creeps into all your crevices and sticks when you least expect it. I felt guilty for not sharing my sister’s grief, I felt guilty for feeling hopeful after my mother’s death, I felt guilty because I thought other people were judging me and perceiving that I must have cared about our mother less. These feelings were real, but they were wrong.

If you’ve stumbled upon this article, you may be grieving and simply looking for…more. This post with additional resources may be what you’re looking for.