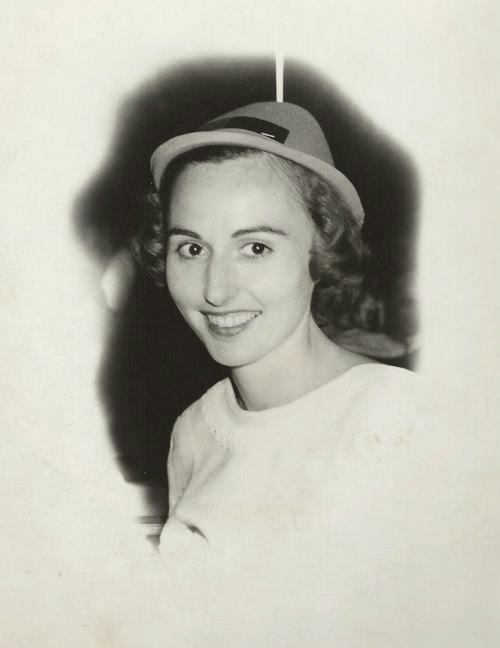 Even in her final days, one 83-year-old grandmother never lost her sense of humor. And she’s got the obituary to prove it. An obituary published in Saturday’s Connecticut Post, claiming the cause of an 83-year-old Fairfield woman’s death was hypothermia after her dog ate her socks and boots at the base of Mount Kilimanjaro, was just a continuation of her pranks from the afterlife.

According to the obituary, Norma R. Brewer died while attempting to climb the 19,341-foot mountain, Africa’s tallest peak.

Brewer, the death notice read, never realized her life goal of reaching the summit, but made it to the base camp where she died in the company of her daughter, her cats and dog “Mia,” which all joined the trek at the last minute.

“There is suspicion that Mrs. Brewer died from hypothermia, after Mia ate Mrs. Brewer’s warm winter boots and socks,” read the death notice.

“It was just typical mom,” Donna Brewer, Norma’s daughter, said with a chuckle Saturday. “She always had stories, many of which were not true, but thought were funny.”

Donna Brewer said her mother recently died from a stroke and had been wheelchair-bound for more than a year.

“People who know my mother are laughing and saying, `Yeah, that’s Norma.’ ”

Donna said she has received all sorts of phone calls and inquiries regarding the bizarre introduction to her mother’s death notice, including from her partners at work.

She confirmed that the rest of the death notice is correct, including Norma Brewer being the daughter of W. Raymond Flicker, former president and publisher of the Bridgeport Post, Telegram and Sunday Post (now known as the Connecticut Post).

Still there were questions why she made up the cause of her death and why she did it. Or, was the death notice one last foray into the news, or a test of the fact-checking process?

“Possibly,” said Raymond Brewer, Norma’s son. “It more had more to do with the way she viewed the world. While life is serious, it shouldn’t be taken all that serious.”

Raymond said her mother often recalled fond memories of spending time with her father as they watched newspapers come off the printing press in Bridgeport.

In November 2005, Norma Brewer, nearly died in a fire at her Salt Meadow Road condominium. Fairfield Fire Lt. Brad Sherman said Brewer was located using thermal imaging equipment, and began to regain consciousness once she was carried outside.

“But she wasn’t breathing sufficiently to sustain life even after we did CPR and pushed air into her lungs, so we started (giving her) oxygen. At that point, she became conscious,” the lieutenant said at the time.

Once she became conscious, “she asked about her cat,” Sherman said. Sadly, her cat died in the blaze.

In her obituary, it would seem odd that another beloved pet would play a role in her demise. “She was tough to kill,” said Raymond Brewer.

Ultimately, her children said they just honored their mother’s wishes. “It was her way of having one last joke with the world,” said Raymond Brewer.

The death notice can be viewed at www.legacy.com/obituaries/ctpost/obituary.

Since its publication, the Connecticut obit has gone viral and has been featured in news outlets as far away as Australia.
Friends and family say it was a fitting final prank from a woman who was a life-long joker. “She was a very generous person, very kind person, and she had a sense of humor,” her son Ray Brewer tells Yahoo Parenting. 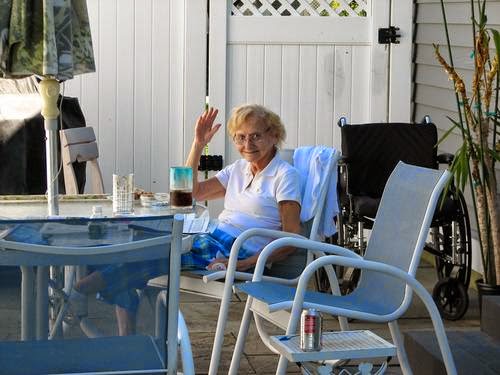 Norma wrote the obituary with a friend eleven years ago and the whole family knew it was coming. And while Ray says the funeral director “looked a little askance at it,” the family never wavered on whether or not to publish it. “For someone who gave so much to us in our lives, it seemed a small thing to do to honor that last wish.”
Ray says his mother would enjoy the attention her story has
received. “She’d be getting a good laugh out of it,” he says. “If it gave some
people somewhere a smile and lightened their day just a little bit, I think she
would say ‘mission accomplished.’”
Norma’s isn’t the first obituary that has gotten recent attention for mixing fact with fiction. The death notice for Aaron Purmort, who lost a long battle with brain cancer in November, claimed that the father was actually a superhero with a rock-star ex. “Purmort, Aaron Joseph age 35, died peacefully at home on November 25 after complications from a radioactive spider bite that led to years of crime-fighting and a years long battle with a nefarious criminal named Cancer, who has plagued our society for far too long,” it read. “Civilians will recognize him best as Spider-Man, and thank him for his many years of service protecting our city.” The obituary went on to explain that Purmort was survived by his “first wife Gwen Stefani.”